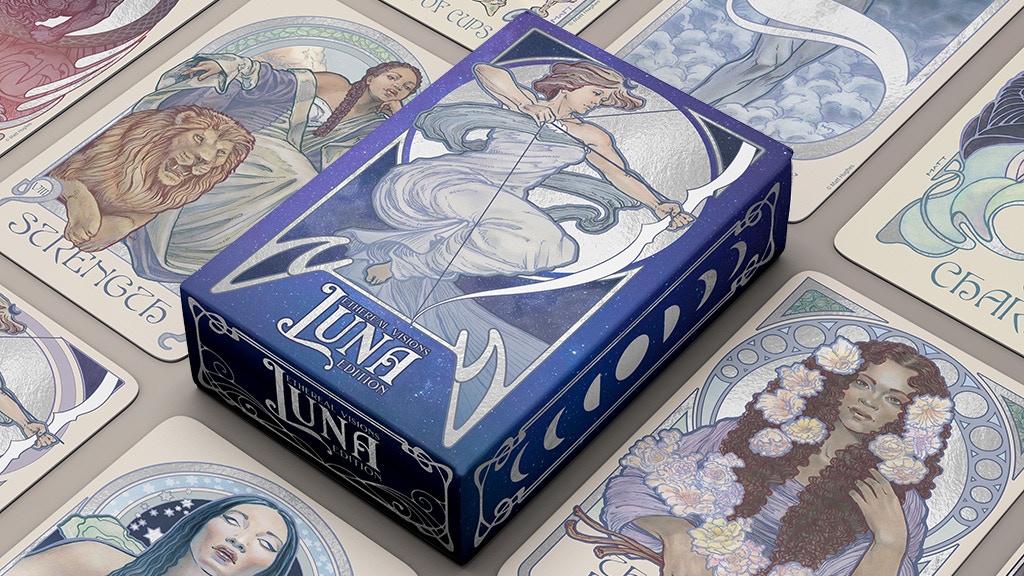 We want to thank everyone for all of their suggestions and support! It means so much to us!

After discussing the potential new Stretch Goal ideas with our printer, we have decided that the best option for this project would be to keep the amount of cards to 80 and focus on Matt redesigning existing cards. We had originally planned for eight redesigned cards (with two additional cards recently unlocked). If we reach all of these Stretch Goals that number will increase by four!

I think everyone will agree that in the end we really want a fantastic new edition of the Ethereal Visions Tarot with as much diversity and color enhancements added to the original deck as possible!

What do you mean by a "Redesigned Card"?

The Empress card below would be an example of a redesigned card. It replaces the current Empress card in the original deck with an entirely new card design.

The Devil card below represents what Matt will try and do to each of the cards from the deck that are nor redesigned. He will take the existing artwork and add either diversity, color changes, or both to create a new card for the LUNA deck.